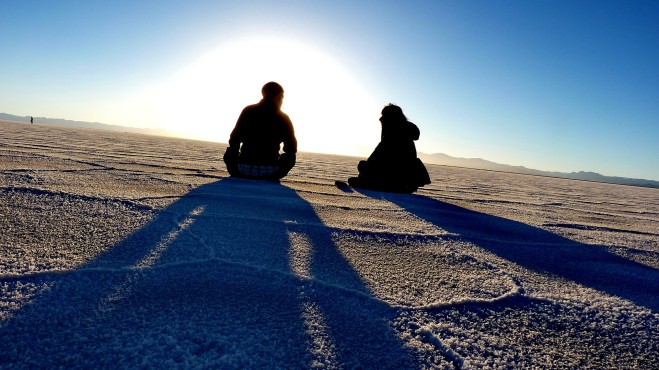 by Post Master M • November 1, 2012 • Featured, On The Go • Comments Off on Other poets have warbled the praises of the soft eye of the antelope • 787

Still, we can hypothesize, even if we cannot prove and establish. My hypothesis is this: that the spout is nothing but mist. And besides other reasons, to this conclusion I am impelled, by considerations touching the great inherent dignity and sublimity of the Sperm Whale; I account him no common, shallow being, inasmuch as it is an undisputed fact that he is never found on soundings, or near shores; all other whales sometimes are.
He is both ponderous and profound. And I am convinced that from the heads of all ponderous profound beings, such as Plato, Pyrrho, the Devil, Jupiter, Dante, and so on, there always goes up a certain semi-visible steam, while in the act of thinking deep thoughts. While composing a little treatise on Eternity, I had the curiosity to place a mirror before me; and ere long saw reflected there, a curious involved worming and undulation in the atmosphere over my head. The invariable moisture of my hair, while plunged in deep thought, after six cups of hot tea in my thin shingled attic, of an August noon; this seems an additional argument for the above supposition.

And how nobly it raises our conceit of the mighty, misty monster, to behold him solemnly sailing through a calm tropical sea; his vast, mild head overhung by a canopy of vapour, engendered by his incommunicable contemplations, and that vapour—as you will sometimes see it—glorified by a rainbow, as if Heaven itself had put its seal upon his thoughts. For, d’ye see, rainbows do not visit the clear air; they only irradiate vapour. And so, through all the thick mists of the dim doubts in my mind, divine intuitions now and then shoot, enkindling my fog with a heavenly ray. And for this I thank God; for all have doubts; many deny; but doubts or denials, few along with them, have intuitions. Doubts of all things earthly, and intuitions of some things heavenly; this combination makes neither believer nor infidel, but makes a man who regards them both with equal eye.

Other poets have warbled the praises of the soft eye of the antelope, and the lovely plumage of the bird that never alights; less celestial, I celebrate a tail.

Reckoning the largest sized Sperm Whale’s tail to begin at that point of the trunk where it tapers to about the girth of a man, it comprises upon its upper surface alone, an area of at least fifty square feet. The compact round body of its root expands into two broad, firm, flat palms or flukes, gradually shoaling away to less than an inch in thickness. At the crotch or junction, these flukes slightly overlap, then sideways recede from each other like wings, leaving a wide vacancy between. In no living thing are the lines of beauty more exquisitely defined than in the crescentic borders of these flukes. At its utmost expansion in the full grown whale, the tail will considerably exceed twenty feet across.

The entire member seems a dense webbed bed of welded sinews; but cut into it, and you find that three distinct strata compose it:—upper, middle, and lower. The fibres in the upper and lower layers, are long and horizontal; those of the middle one, very short, and running crosswise between the outside layers. This triune structure, as much as anything else, imparts power to the tail. To the student of old Roman walls, the middle layer will furnish a curious parallel to the thin course of tiles always alternating with the stone in those wonderful relics of the antique, and which undoubtedly contribute so much to the great strength of the masonry.

But as if this vast local power in the tendinous tail were not enough, the whole bulk of the leviathan is knit over with a warp and woof of muscular fibres and filaments, which passing on either side the loins and running down into the flukes, insensibly blend with them, and largely contribute to their might; so that in the tail the confluent measureless force of the whole whale seems concentrated to a point. Could annihilation occur to matter, this were the thing to do it.

Nor does this—its amazing strength, at all tend to cripple the graceful flexion of its motions; where infantileness of ease undulates through a Titanism of power. On the contrary, those motions derive their most appalling beauty from it. Real strength never impairs beauty or harmony, but it often bestows it; and in everything imposingly beautiful, strength has much to do with the magic. Take away the tied tendons that all over seem bursting from the marble in the carved Hercules, and its charm would be gone. As devout Eckerman lifted the linen sheet from the naked corpse of Goethe, he was overwhelmed with the massive chest of the man, that seemed as a Roman triumphal arch. When Angelo paints even God the Father in human form, mark what robustness is there. And whatever they may reveal of the divine love in the Son, the soft, curled, hermaphroditical Italian pictures, in which his idea has been most successfully embodied; these pictures, so destitute as they are of all brawniness, hint nothing of any power, but the mere negative, feminine one of submission and endurance, which on all hands it is conceded, form the peculiar practical virtues of his teachings.