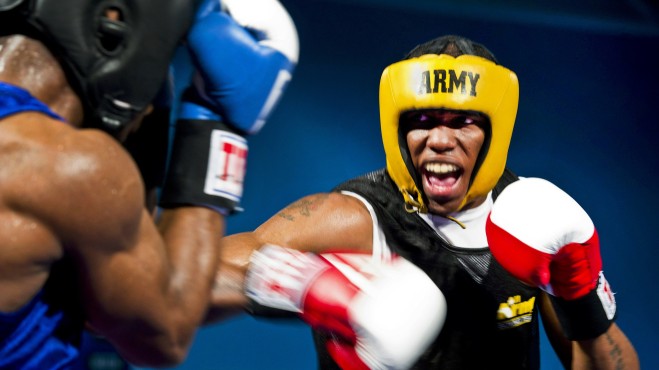 Poor Alice! It was as much as she could do, lying down on one side, to look through into the garden with one eye; but to get through was more hopeless than ever: she sat down and began to cry again.

‘You ought to be ashamed of yourself,’ said Alice, ‘a great girl like you,’ (she might well say this), ‘to go on crying in this way! Stop this moment, I tell you!’ But she went on all the same, shedding gallons of tears, until there was a large pool all round her, about four inches deep and reaching half down the hall.

After a time she heard a little pattering of feet in the distance, and she hastily dried her eyes to see what was coming. It was the White Rabbit returning, splendidly dressed, with a pair of white kid gloves in one hand and a large fan in the other: he came trotting along in a great hurry, muttering to himself as he came, ‘Oh! the Duchess, the Duchess! Oh! won’t she be savage if I’ve kept her waiting!’ Alice felt so desperate that she was ready to ask help of any one; so, when the Rabbit came near her, she began, in a low, timid voice, ‘If you please, sir—’ The Rabbit started violently, dropped the white kid gloves and the fan, and skurried away into the darkness as hard as he could go.

Alice took up the fan and gloves, and, as the hall was very hot, she kept fanning herself all the time she went on talking: ‘Dear, dear! How queer everything is to-day! And yesterday things went on just as usual. I wonder if I’ve been changed in the night? Let me think: was I the same when I got up this morning? I almost think I can remember feeling a little different. But if I’m not the same, the next question is, Who in the world am I? Ah, THAT’S the great puzzle!’ And she began thinking over all the children she knew that were of the same age as herself, to see if she could have been changed for any of them.

‘I’m sure I’m not Ada,’ she said, ‘for her hair goes in such long ringlets, and mine doesn’t go in ringlets at all; and I’m sure I can’t be Mabel, for I know all sorts of things, and she, oh! she knows such a very little! Besides, SHE’S she, and I’m I, and—oh dear, how puzzling it all is! I’ll try if I know all the things I used to know. Let me see: four times five is twelve, and four times six is thirteen, and four times seven is—oh dear! I shall never get to twenty at that rate! However, the Multiplication Table doesn’t signify: let’s try Geography. London is the capital of Paris, and Paris is the capital of Rome, and Rome—no, THAT’S all wrong, I’m certain! I must have been changed for Mabel! I’ll try and say “How doth the little—”‘ and she crossed her hands on her lap as if she were saying lessons, and began to repeat it, but her voice sounded hoarse and strange, and the words did not come the same as they used to do:—

‘I’m sure those are not the right words,’ said poor Alice, and her eyes filled with tears again as she went on, ‘I must be Mabel after all, and I shall have to go and live in that poky little house, and have next to no toys to play with, and oh! ever so many lessons to learn! No, I’ve made up my mind about it; if I’m Mabel, I’ll stay down here! It’ll be no use their putting their heads down and saying “Come up again, dear!” I shall only look up and say “Who am I then? Tell me that first, and then, if I like being that person, I’ll come up: if not, I’ll stay down here till I’m somebody else”—but, oh dear!’ cried Alice, with a sudden burst of tears, ‘I do wish they WOULD put their heads down! I am so VERY tired of being all alone here!’

As she said this she looked down at her hands, and was surprised to see that she had put on one of the Rabbit’s little white kid gloves while she was talking. ‘How CAN I have done that?’ she thought. ‘I must be growing small again.’ She got up and went to the table to measure herself by it, and found that, as nearly as she could guess, she was now about two feet high, and was going on shrinking rapidly: she soon found out that the cause of this was the fan she was holding, and she dropped it hastily, just in time to avoid shrinking away altogether.

Previous post:
Brand New Cadillac CTS revealed for New York auto show Next Post:
Gallery – Post with slider – I asked Perry what he thought about it