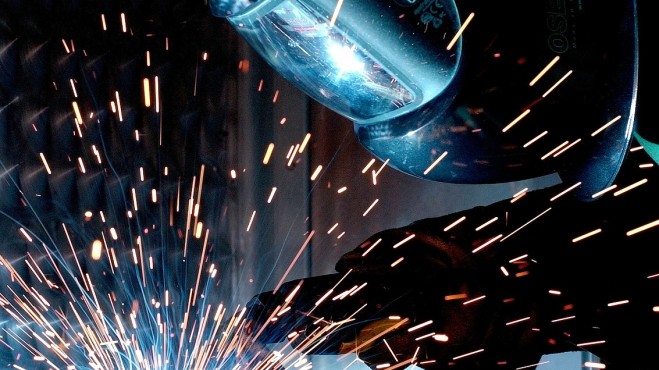 So once more the little company set off upon the journey

So once more the little company set off upon the journey, the Lion walking with stately strides at Dorothy’s side. Toto did not approve this new comrade at first, for he could not forget how nearly he had been crushed between the Lion’s great jaws. But after a time he became more at ease, and presently Toto and the Cowardly Lion had grown to be good friends.

During the rest of that day there was no other adventure to mar the peace of their journey. Once, indeed, the Tin Woodman stepped upon a beetle that was crawling along the road, and killed the poor little thing. This made the Tin Woodman very unhappy, for he was always careful not to hurt any living creature; and as he walked along he wept several tears of sorrow and regret. These tears ran slowly down his face and over the hinges of his jaw, and there they rusted. When Dorothy presently asked him a question the Tin Woodman could not open his mouth, for his jaws were tightly rusted together. He became greatly frightened at this and made many motions to Dorothy to relieve him, but she could not understand. The Lion was also puzzled to know what was wrong. But the Scarecrow seized the oil-can from Dorothy’s basket and oiled the Woodman’s jaws, so that after a few moments he could talk as well as before.

“This will serve me a lesson,” said he, “to look where I step. For if I should kill another bug or beetle I should surely cry again, and crying rusts my jaws so that I cannot speak.” Thereafter he walked very carefully, with his eyes on the road, and when he saw a tiny ant toiling by he would step over it, so as not to harm it. The Tin Woodman knew very well he had no heart, and therefore he took great care never to be cruel or unkind to anything.

“You people with hearts,” he said, “have something to guide you, and need never do wrong; but I have no heart, and so I must be very careful. When Oz gives me a heart of course I needn’t mind so much.” They were obliged to camp out that night under a large tree in the forest, for there were no houses near. The tree made a good, thick covering to protect them from the dew, and the Tin Woodman chopped a great pile of wood with his axe and Dorothy built a splendid fire that warmed her and made her feel less lonely. She and Toto ate the last of their bread, and now she did not know what they would do for breakfast.

“If you wish,” said the Lion, “I will go into the forest and kill a deer for you. You can roast it by the fire, since your tastes are so peculiar that you prefer cooked food, and then you will have a very good breakfast.” “Don’t! Please don’t,” begged the Tin Woodman. “I should certainly weep if you killed a poor deer, and then my jaws would rust again.”

But the Lion went away into the forest and found his own supper, and no one ever knew what it was, for he didn’t mention it. And the Scarecrow found a tree full of nuts and filled Dorothy’s basket with them, so that she would not be hungry for a long time. She thought this was very kind and thoughtful of the Scarecrow, but she laughed heartily at the awkward way in which the poor creature picked up the nuts. His padded hands were so clumsy and the nuts were so small that he dropped almost as many as he put in the basket. But the Scarecrow did not mind how long it took him to fill the basket, for it enabled him to keep away from the fire, as he feared a spark might get into his straw and burn him up. So he kept a good distance away from the flames, and only came near to cover Dorothy with dry leaves when she lay down to sleep. These kept her very snug and warm, and she slept soundly until morning.

When it was daylight, the girl bathed her face in a little rippling brook, and soon after they all started toward the Emerald City.

Previous post:
The tableau all waned at last with the pallidness aloft; and once more the Pequod Next Post:
As for Captain Speedy, he continued to howl and growl in his cabin